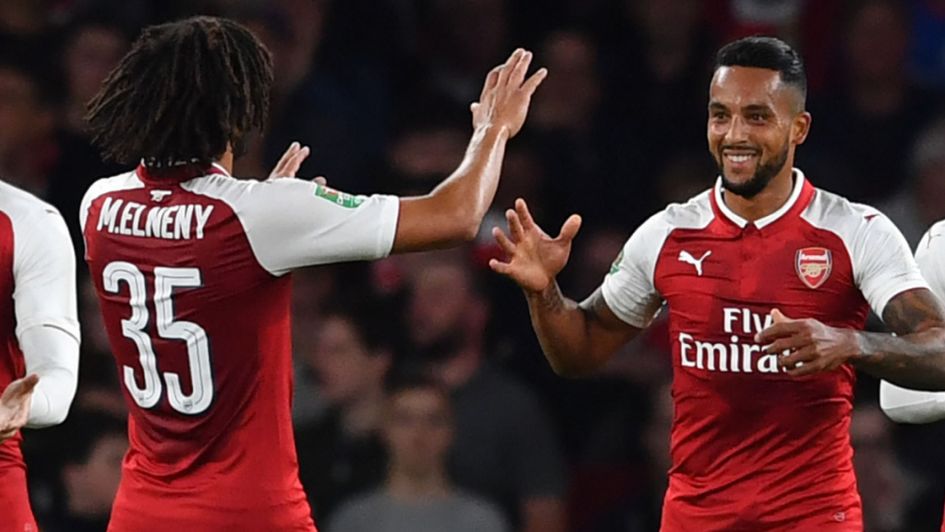 The Premier League big guns all made it through to round four of the Carabao Cup on Wednesday night.

It was a comfortable night for Chelsea, Everton and Manchester United, but Manchester Cityand Arsenal were made to sweat for their victories over West Brom and Sky Bet League one side Doncaster respectively.

Seven months on from lifting the trophy at Wembley, Jose Mourinho’s men kicked off their defence by swatting aside the Sky Bet Championship side in the third round.

The United boss spoke in the build-up about taking Burton seriously, but the nine alterations made by Nigel Clough allowed the hosts to ease through as Jesse Lingard and Anthony Martial goals complemented Rashford’s double. Lloyd Dyer scored for Burton. 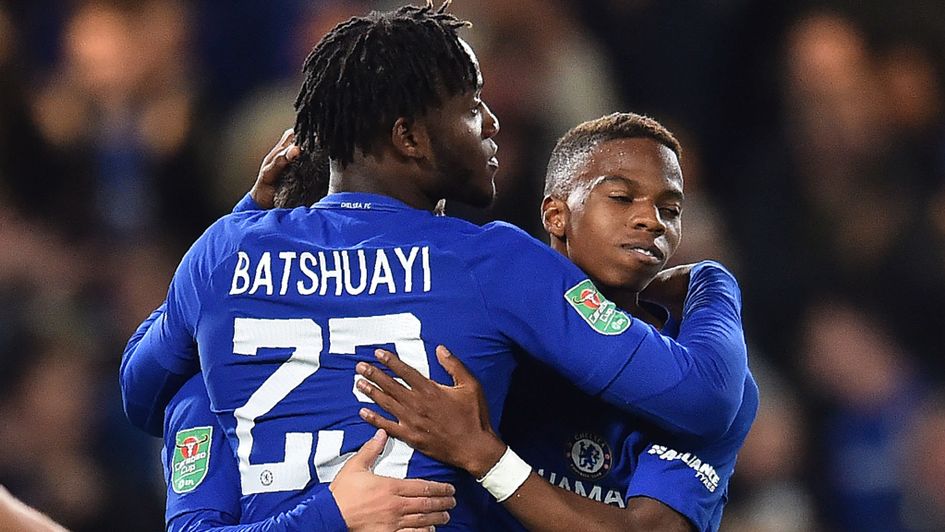 Michy Batshuayi celebrates the second of his three goals

Michy Batshuayi scored a hat-trick as Chelsea provided a glimpse of the future with a 5-1 rout of Nottingham Forest.

Kenedy and the impressive Charly Musonda were also on target and Tendayi Darikwa scored a late consolation for Forest as the Premier League champions advanced to the fourth round with ease.

Ethan Ampadu became the first Chelsea player born this millennium, a week after his 17th birthday, on a night when Eden Hazard shone on his first start of the season after his broken ankle.

Manchester City are Sky Bet’s 7/2 favourites after being rewarded for their victory at West Brom with a favourable home draw. Manchester United are next in the betting at 4s, with Chelsea 9/2 after being paired with Everton (out to 25/1 as a result) in the last 16.

Arsenal at 6/1 and Tottenham at 8/1 are the only other sides at single-figure prices after both received home draws in the last 16 against Norwich (66/1) and West Ham (33/1) respectively.

Leicester, at home to Sky Bet Championship leaders Leeds in the next round after eliminating Liverpool on Tuesday, are the shortest price outside the big five at 16/1.

Dominic Calvert-Lewin netted a brace and Oumar Niasse also got on the scoresheet as Everton’s miserable run of form came to an end with a 3-0 victory over Championship strugglers Sunderland at Goodison Park.

Calvert-Lewin produced the Toffees’ first goal since August 24 with a cool finish in the 38th minute before adding another composed strike six minutes after the break.

The England Under-21 forward was subsequently denied a superb hat-trick as his header came back off the post, before substitute Niasse marked his first Everton first-team appearance since May 2016 by registering his maiden goal for the club with seven minutes to go.

Theo Walcott scored the only goal as Arsenal beat Doncaster

Arsenal made heavy weather of seeing off Doncaster to reach the fourth round after a 1-0 win with Theo Walcott scoring the only goal on a night where the returning Jack Wilshere stood out for the Gunners.

Arsene Wenger made 11 changes from the side that drew at Chelsea on Sunday but included the likes of Alexis Sanchez and Olivier Giroud in a team that still boasted eight full internationals.

Wilshere was one of them and he starred on his first Arsenal start in 493 days, although it was Walcott who grabbed the vital goal to seal a comfortable but unspectacular win. 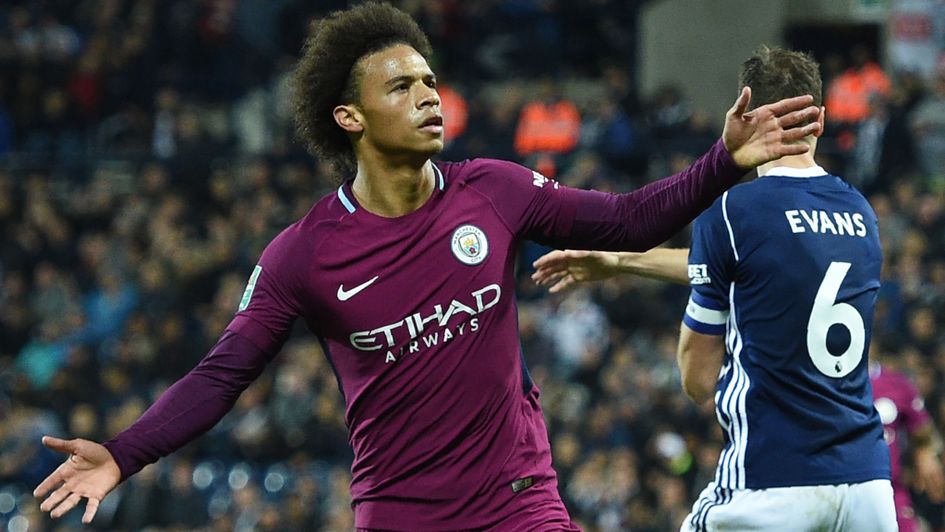 Leroy Sane celebrates after netting his second at West Brom

Leroy Sane booked Manchester City’s place in the Carabao Cup fourth round after they survived a scare at West Brom.

The winger’s brace kept Pep Guardiola’s side on track in the competition as they clinched a deserved 2-1 win.

Claudio Yacob’s second-half equaliser briefly threatened to take the tie into extra time and make a mockery of City’s dominance after they almost ran riot in the first half.